Kierland Homes and Condos for Sale

At the north end of the renowned Scottsdale Road resort corridor, you will find the luxurious community of Kierland, at the Phoenix and Scottsdale border. This premier neighborhood also borders Arizona Route 41 to the west and is divided by Loop 101 which circles the north portion of Kierland. This 430-acre master-planned community is the ideal destination for homebuyers desiring proximity to spectacular resorts, picturesque parks, lush golf courses, and top-notch schools. The Kierland area also boasts breathtaking views and seemingly endless opportunities for shopping, dining, recreation, and entertainment.

For homebuyers with children, Kierland is a particularly appealing option. Within the neighborhood, you’ll find Sandpiper Elementary School, and students residing in Kierland also attend Desert Shadows Middle, Horizon High, and Chaparral High schools. That said, whether you are a single professional, family with children, empty-nesters, retirees, or find yourself somewhere in between, the real estate in Kierland has you covered. You will find a variety of housing options in Kierland including condos, townhomes, single-family homes, and multi-family homes. Kierland properties typically range from around 1,100 square feet of living space to more than 3,500 square feet. Generally speaking, Kierland condos are in Kierland Greens, Plaza Lofts at Kierland Greens, and Optima Kierland. Plaza Lofts are above the Kierland Commons shopping center. Units in the Plaza Lofts, which were constructed between 2005 and 2008, range from 1,100 to 3,900 square feet and residents enjoy on-site concierge and shared amenities such as a private fitness studio, landscaped balconies, reception lobbies, two community lounges, outdoor kitchens, a heated lap pool, a pet park, and more. Kierland also has two townhome communities, Kierland Greens and Kierland Heritage. Developed by Centex Homes between 1998 and 2000, Kierland Greens has 210 townhome units that range from 1,100 square feet of living space to more than 2,200 square feet. These apartment-style homes are an excellent option for those wanting a low-maintenance residence. Kierland Heritage was developed between 1997 and 1999 by Cachet Homes and offers one-story and two-story townhomes that range from 1,600 to 2,400 square feet of living space. Both of these delightful neighborhoods have units that overlook the beautiful Kierland Golf Club. Single-family homes in Kierland are found in areas like Scottsdale Airpark and Paradise Village. Many Kierland homes were built between 1995 and 1998 by UDC and include both one-story and two-story properties. If you would like more detailed information regarding Kierland real estate, we would love to assist you; please contact us today.

Magnificent Penthouse nestled against the golf course of the Westin Kierland Resort & Spa in Scottsdale with one of a kind spectacular panoramic golf course, mountain and...

This tastefully updated GROUND FLOOR unit is ready for a new owner! This is the perfect lock and leave, investment property or full time home. Situated on the 36 hole Ki...

This luxury condo is walking distance to all the fun that Kierland Commons and Scottsdale Quarters has to offer. You will find hundreds of places to walk, dine and shop....

All information should be verified by the recipient and none is guaranteed as accurate by ARMLS. Copyright 2021 Arizona Regional Multiple Listing Service, Inc. All rights reserved. 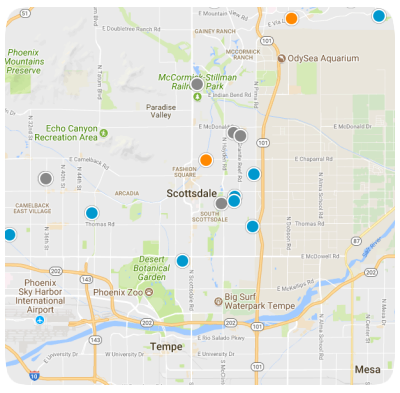 Zillow Verified Reviews
3200206
"Liz is an expert marketing homes in the 85260 zip code. She does a wonderful job with staging to help your home sell quickly, our home sold in 5 days! ... more "

5.0/5.0
by dhammitt
3034017
"Having to sell former homes throughout my life, I can honestly say that working with Liz was the absolute best experience ever! When looking for an ... more "

"Liz far exceeded our expectations in every way. From start to finish we could not have been more pleased. Liz presented us with an outstanding sales plan. She was both professional and courteous while taking all the time we needed to answer all of our questions"......"Her plan paid off. We had 4 offers within 48 hours of listing. Settling on an offer above our asking price.  The best part about working with Liz McDermott is, that is who you work with. She doesn't hand you off to an associate or assistant. She answers her phone, she responds to your emails or texts in minutes not hours. Liz is with you from start to finish, we had questions about some closing costs which we thought were high. She investigated the costs and got them reduced. She also helped us negotiate with the buyers to stay in the house after closing. She truly did go above and beyond our expectations." July 2020 John Krasnovsky     Click Here to see more testimonials. 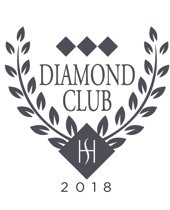 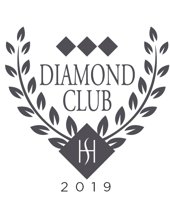